Jonathan Gleed is a contemporary Canadian artist who resides in Victoria, British Columbia. Gleed has spent his entire career creating in a variety of outlets from photography and writing to television production. It was when he began to paint seriously in 2011 that he recognized working with the brush was his true calling. Since then, Gleed has grasped onto an elusive and emotional voice that his audience has come to expect from his work. He has been featured in media, galleries and shows throughout North America.

Gleed’s representational works in acrylic are almost always diffused or obscured, compelling the viewer to look beyond and almost through his scenes – often moody urban landscapes – in search of the fleeting feelings he conveys. Guided by a desire to share something more important than the scene itself, Gleed’s paintings offer a state of distraction with an aim to evoke emotional vigour.

Gleed’s work captures moments of the everyday, with his subjects guiding the level of abstraction that will bring forth a message or an emotion. His paintings deliver exceptional contrast of light and darkness with vibrant palettes that are delicately layered over and over again to create an effortless richness and depth. 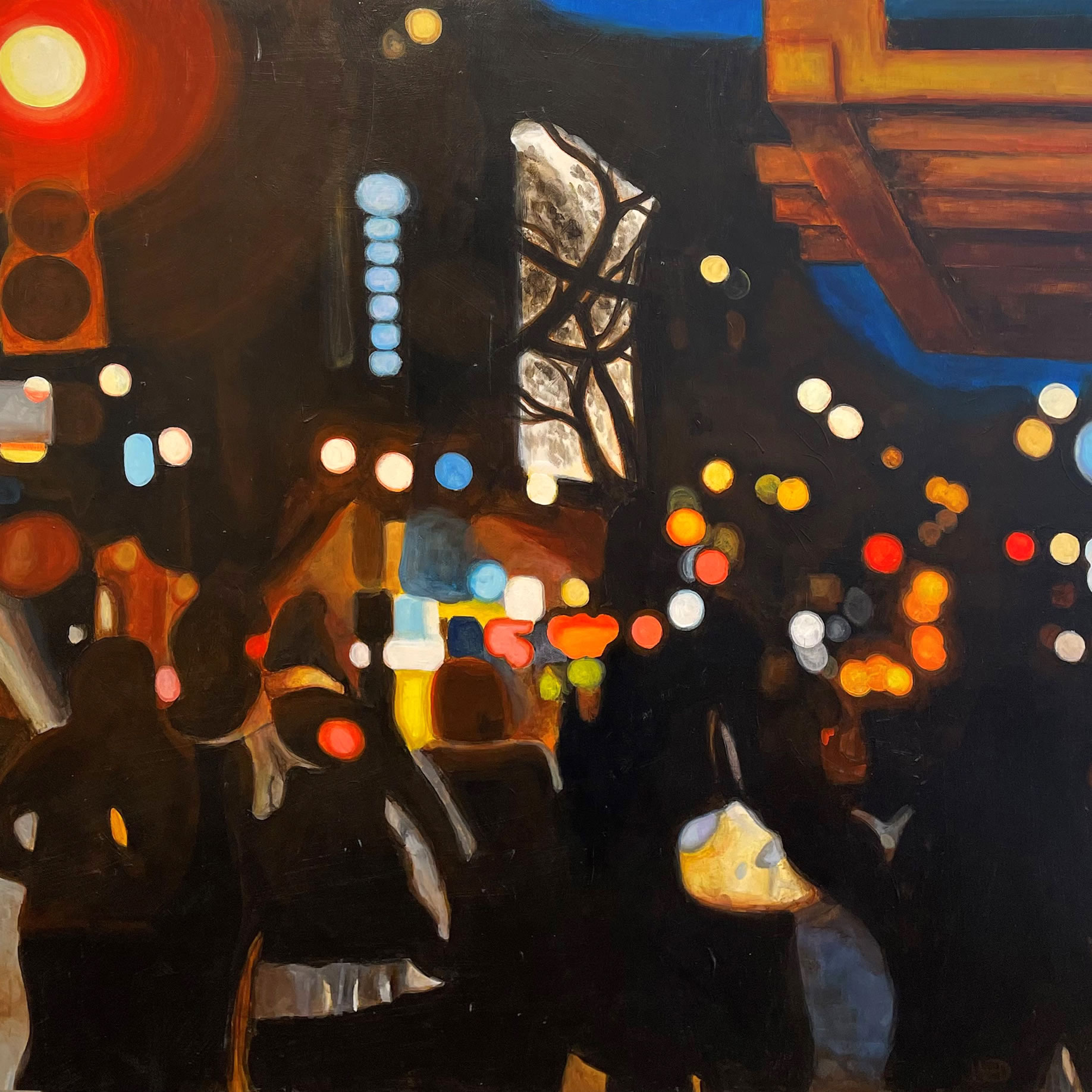 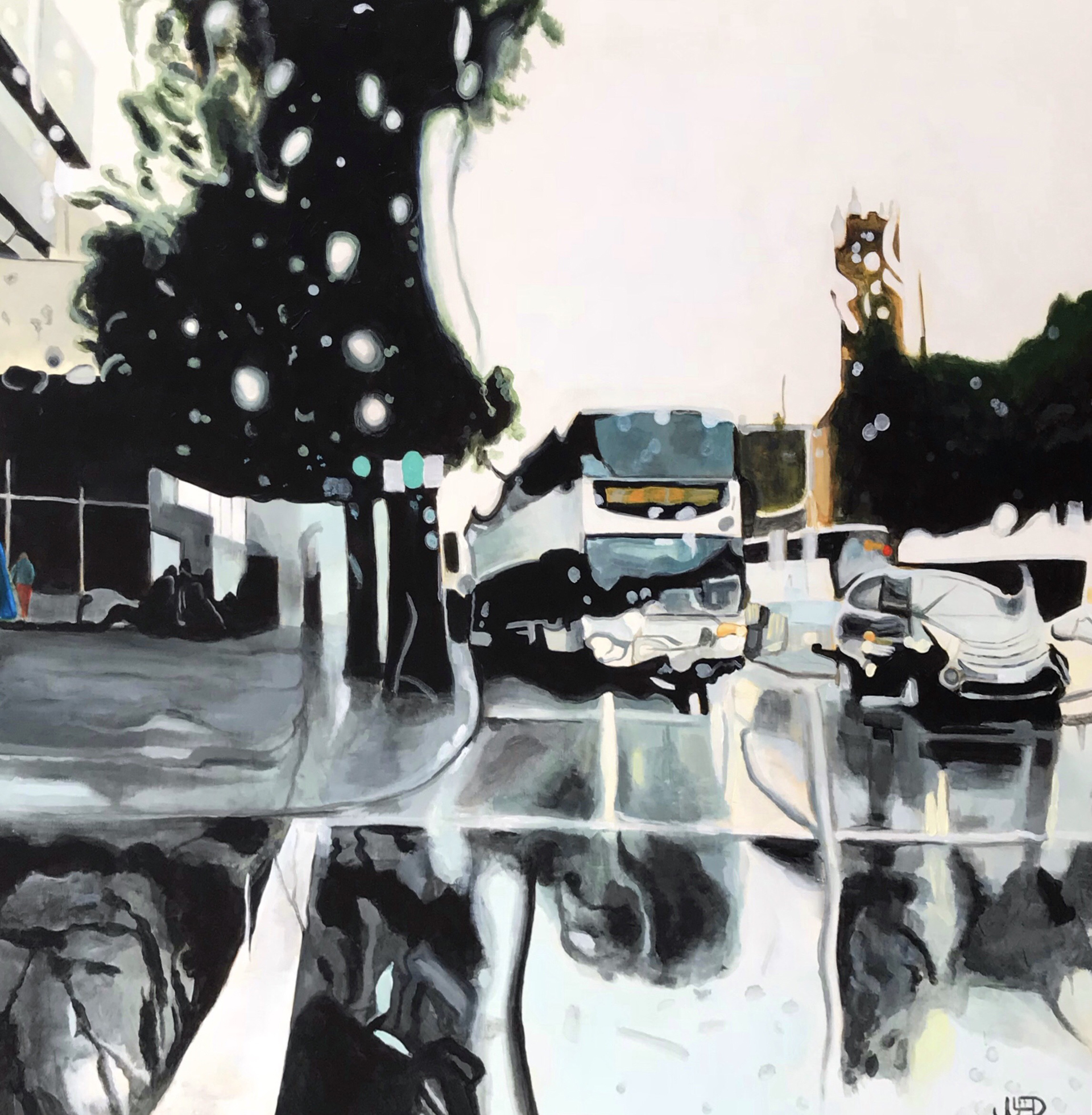 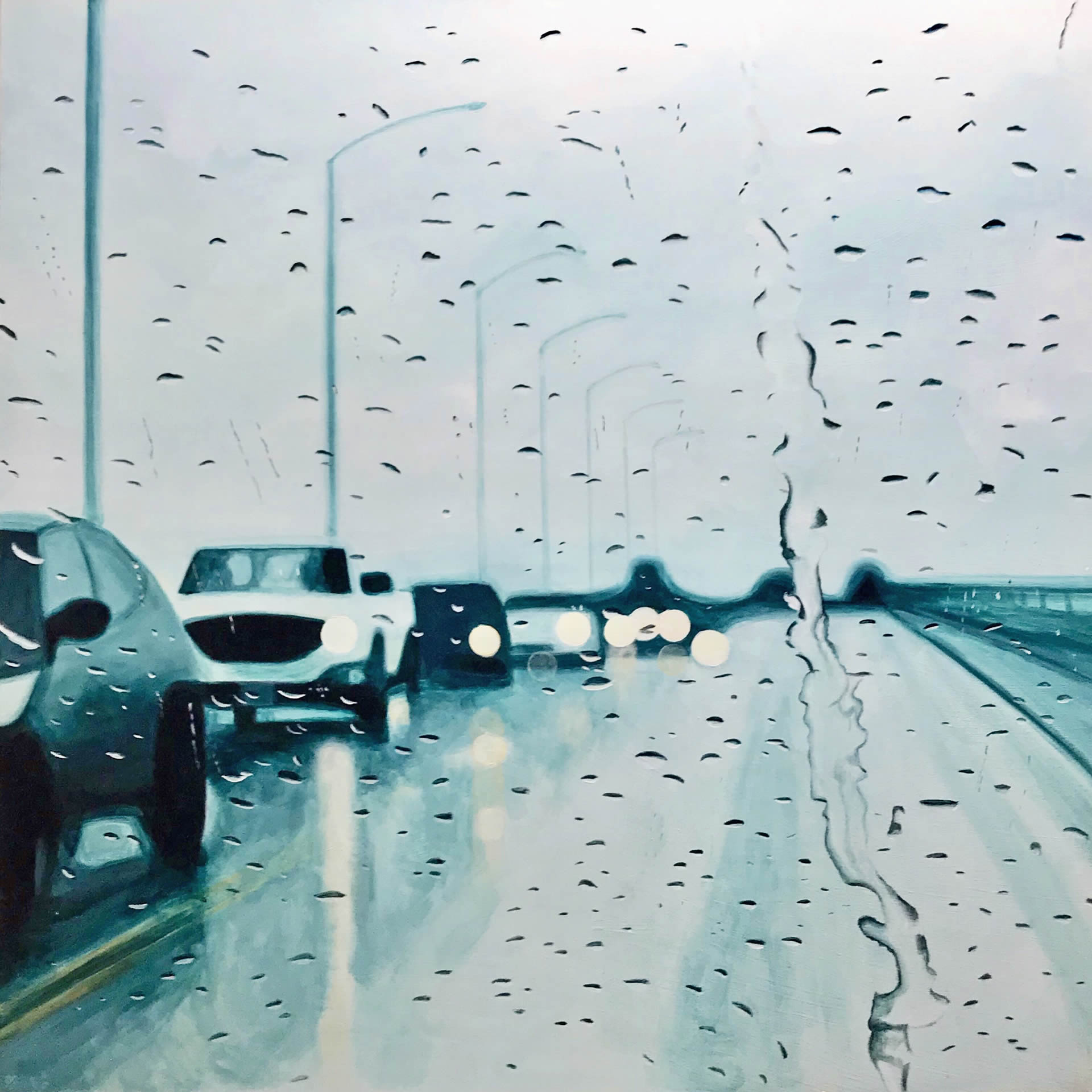